I just listened to an interview by Charlie Rose of Jeffrey Immelt, CEO of General Electric, on Bloomberg.

I disagree with Immelt completely.  What he calls free trade is not free trade at all.  It is a rigged system of global trade that favors large corporations to the detriment of local industry.  He repeats over and over again, “We can compete!”  Wrong!  YOU can compete!  But the company that electroplates car bumpers in the rust belt CANNOT compete.  It either moves its facilities to a place where environmental reg’s are more relaxed, or it goes bankrupt.  I remember attending the National Design and Engineering Show in Chicago and speaking with the owner of a large die-casting and electroplating facility.  I did not represent a large corporation with deep pockets and had very little knowledge of the manufacturing process but he still took the time to speak with me.  Afterwards his company provided us with a detailed quote.  They were hungry for work.  Ten years later, they are out of business.  Out of curiosity, I did a quick google search and found this notice:

On Monday, I heard about Joyners Die Casting Company is CLOSING. There will be an equipment auction on December 11, 2014 10:00 am CDT for the Joyner die casting equipment. This is very sad news indeed. Another USA die casting manufacturing company closure. This is a continuation of a long sad trend of US Manufacturing companies that struggle and can not stay in business due to EPA issues, employee issues, legal issues and struggles for quality and profit. All this information is available to anyone searching online. Now there is a loss of $10,000,000 in our United States manufacturing capacity. The ones who hurt the worst are the additional 100 Minnesota manufacturing employees who are unemployed and on the street just in time for Christmas.  (from here)

I know that we wanted to manufacture our product in North America but the costs were 2 or 3 times higher than in China.  Since then, I have sourced production for other items and the story has been the same each time.  North American producers are not competitive.  Part of the reason for this is that trade agreements have unequally yoked the economies of advanced nations to those of developing nations.  It doesn’t help the average citizen in either country but it does makes a few large multinational corporations incredibly wealthy. [1] 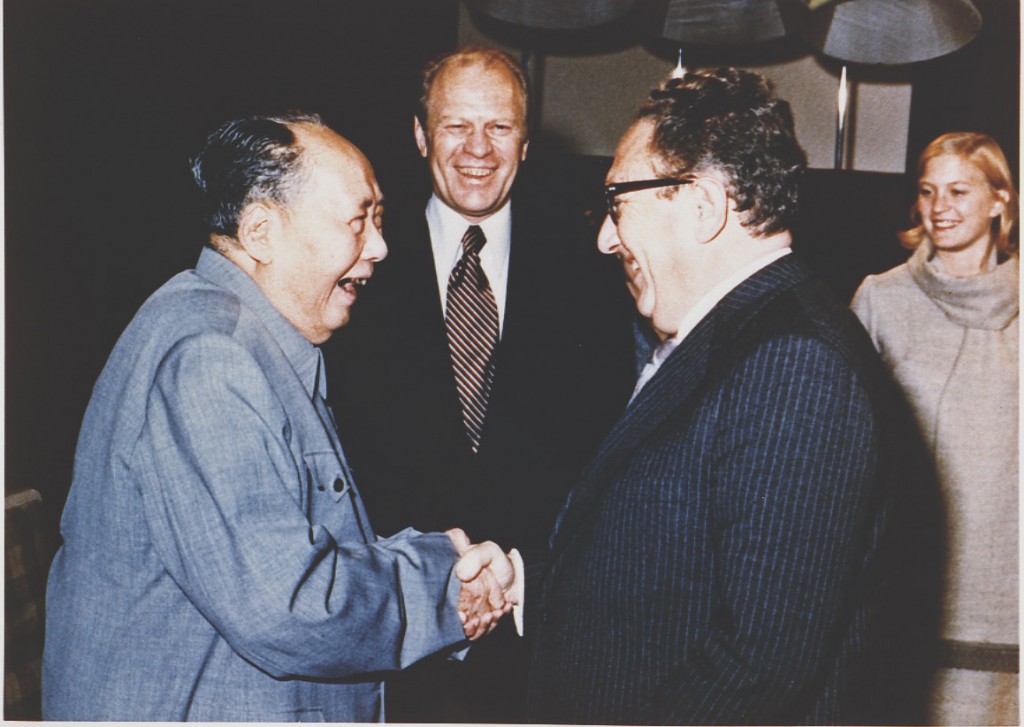 Mao’s body was not yet embalmed in his mausoleum when the West began to build factories on the bones of the millions of Chinese peasants that Mao had starved to death.  Farmers who had never been allowed to own land became part of a vast and unprecedented migration into urban areas.  They formed a seemingly limitless pool of low cost labor for the factories now exporting primarily into Western markets.   The increasing urbanization of China’s population resulted in a rise in income but this did not necessarily translate into a rise in the standard of living.  This is because a rural farmer’s income may be supplemented by what he could glean from nature whereas an urban dweller must purchase everything at the market.  The GDP of tribal people living in grass huts is virtually imperceptible but they may still have a higher standard of living than many of the factory workers in China.

What if the Chinese economy had been allowed to develop naturally and the rice paddy farmer had been given an opportunity to get his feet under him?  No doubt China would be much better off.  Instead we have opened our borders to trade with a country that has not yet repudiated the central tenets of Communism.  We have taken advantage of their poverty and in the process, we have yoked our economy to theirs.  Now we will share in their fate.  That is what ‘free trade’ means.

[1] Before 1995, most Haitian agricultural products – including rice – were protected by tariffs as high as 50%. But that year, a deal was forced on Jean-Bertrand Aristide’s government by the U.S., the World Bank, the International Monetary Fund (IMF) as part of the “Paris Plan,” whose terms had to be accepted before Washington would agree to help return the exiled president to Haiti. Tariffs plummeted to between 0% and 15%, the lowest in the Caribbean at the time. In 2009, some of those tariffs were adjusted upwards, but too little, too late, by most accounts.

In its 2006 report Agricultural Liberalisation in Haiti, Christian Aid called the tariff drops “disastrous,” noting that Haiti went from being recently largely self-sufficient in food to using most of its export earnings to buy foreign food, mostly from the U.S.

“As food imports have increased, local agricultural production has fallen,” Christian Aid writes. “It is now widely accepted that this trend is closely linked with the effects of trade liberalization.” (from here)