After the untimely death of his father, Sargon II, Sennacherib moved the capital from Dur Sharruken to Nineveh.  One of his most ambitious building projects was a system of aqueducts and canals that brought water to the city over a distance of 40 miles.  In his inscriptions, Sennacherib often boasts of the gardens and parks that he planted in the city.  It has even been suggested that the famous hanging gardens of Babylon actually belonged to Nineveh.   The importance of water to the city of Nineveh is illustrated on a large basalt water basin that was found near the temple of Ishtar in Nineveh.

In the book of Jonah, Nineveh is described as a ‘very great city’ that took three days to cross.  Sennacherib’s ‘palace without rival’ had over 80 rooms that were covered with elaborate carved stone reliefs. It’s main entrances were guarded with giant stone bull headed guardians known as lamassu’s. If we were to enter by the main entrance to the palace, and walk down its central axis, we would pass by chamber after chamber filled with reliefs depicting Sennacherib’s battles in such far flung places as Elam, Urartu and Phoenicia.  At the far end of the palace, directly opposite the entrance and located on the center axis of the temple, we would come to a small room that Layard named ‘room 36’.  This room contained the centerpiece of the Sennacherib’s palace reliefs and depicted the siege of Lachish, one of the cities of Judah.  Sennacherib must have considered the siege of Lachish to have been among his most significant military victories. 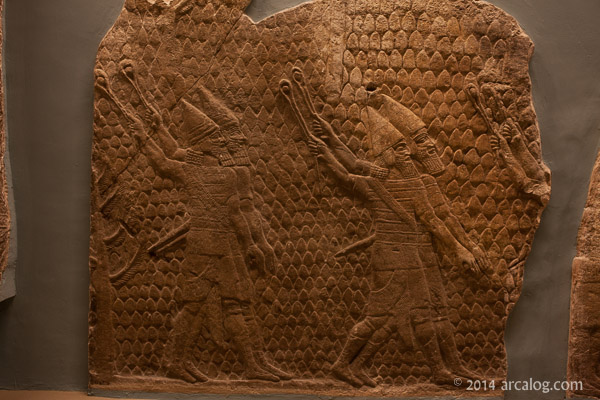 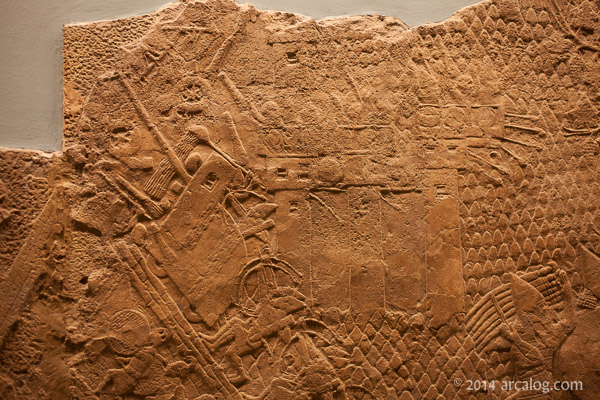 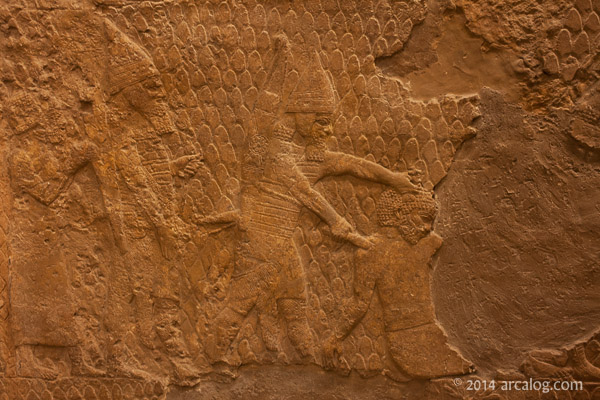 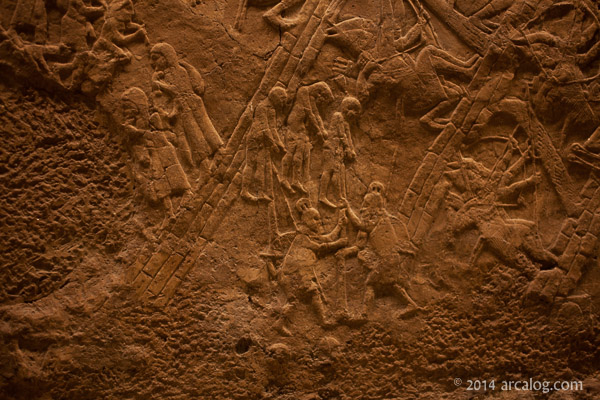 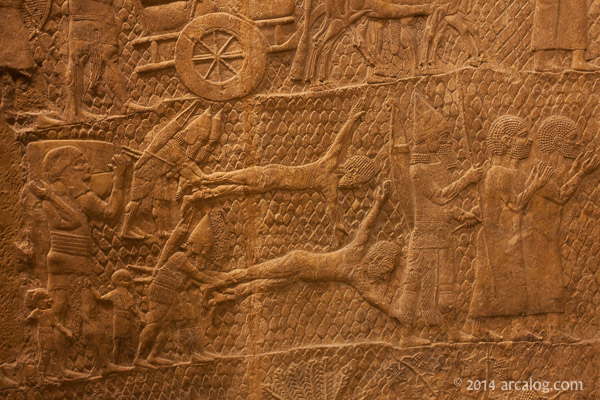 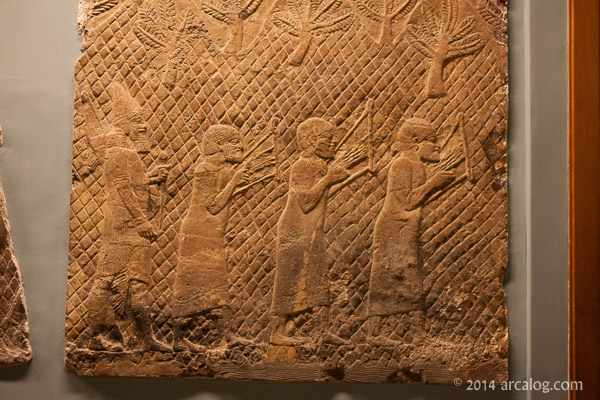 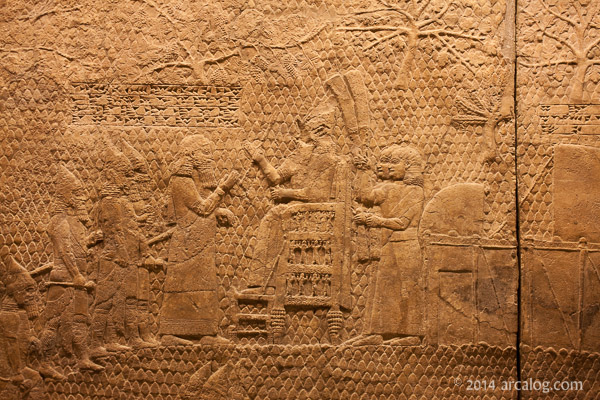 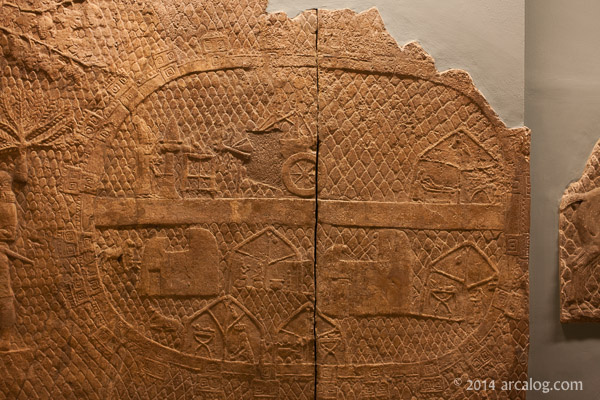 The deportees from Lachish reappear in another relief that shows slaves hauling a giant stone bull across land for use in Sennacherib’s palace. The head dress, hat, and beard of the men are identical in both reliefs.