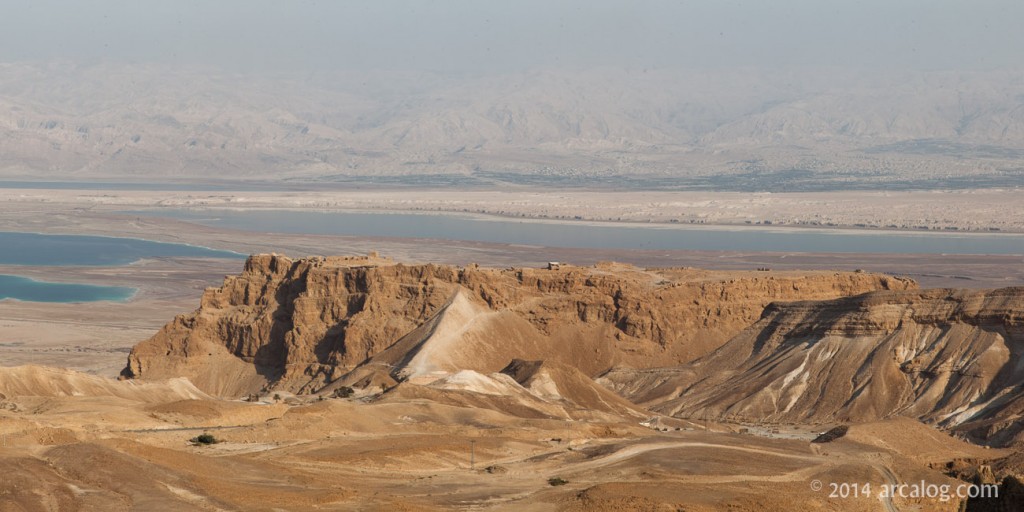 The story of Masada is fairly well known. A small number of Jews made one last desperate stand against the Romans on an isolated desert fortress. One might debate the number of defenders, the size of the siege ramp, or how long the siege actually lasted, but anyone who has been to Masada knows that a remarkable drama unfolded here. The story of Masada raises some interesting questions. How did the Romans view the war with the Jews? Did they see it as just another province that needed to be subdued? Or was there a religious aspects to the war?

The Romans raised a substantial army, equal to about one-seventh of the whole Imperial army, to subdue the province of Judea.  This was not a regional conflict.  None of the other Greek cities in the region joined in the rebellion, nor did the other semitic peoples. Tacitus notes that the Arab forces who served under Titus were imbued with ‘the hatred characteristic of neighbors’. (Millar 1993, 78) After Titus conquered Jerusalem, he made Jewish captives fight in gladiatorial games or fed them to the wild beasts in arenas throughout Syria. In this way, Josephus says, Titus provided “lavish displays in all the cities of Syria through which he passed, and using the Jewish captives to demonstrate their own destruction.” (Josephus, Jewish War)

After their defeat, Jews were no longer allowed to contribute money towards the temple, a privilege allowed them under Julius Ceasar, but instead were made to pay a tax for the restoration of the temple to Jupiter on the Capitol in Rome. A special series of coins were minted that depicted a woman mourning under a palm tree and the words ‘Judea Capta’. The ultimate symbol of defeat was the triumph celebrated in Rome and commemorated on the Arch of Titus.  For more on the Arch of Titus, click here.