Joseph Martin-Dauch was the only member of the Estates General to refuse to sign the Tennis Court Oath.  Five hundred and seventy six voted for it and one voted against it – Joseph Martin-Dauch.  The scene was captured by the painter Jacques-Louis David.  You can see Martin-Dauch seated to one side, his arms crossed, while everyone around him raises their hands in a salute – a symbol that would later come to define European fascism. 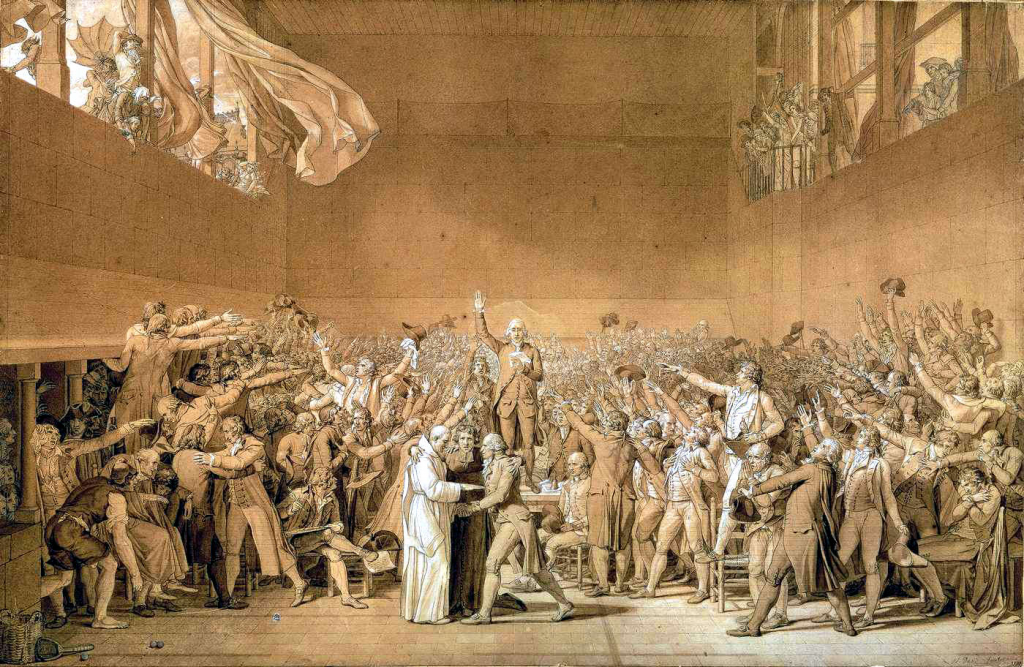 The Assembly ordered Martin-Dauch not to publicly express his opposition to the National Assembly but he defied the wishes of the Assembly and wrote the word ‘opponent’ next to his name on the Oath.  Martin-Dauch was told to stay away from the Estates General but he attended anyway.  He was the only one to stand when king Louis XVI entered the hall.  Five hundred and seventy six remained seated and one stood – Joseph Martin-Dauch.   His public stance cost him dearly.  He survived one assassination attempt and spent time in prison.  He only survived the Reign of Terror by going under a false name.

When I look at Martin-Dauch seated there, I think of Jotham, Nathan, Elijah, Isaiah, Jeremiah… men who stood alone.  They are the only ancient historical figures of whom I am aware that openly challenged the will of the king until Aristophanes criticized Cleon in the 5th century BC.  Even then, Aristophanes had to couch his criticism in satire.

Power rules the world, not opinion.  It is power that makes opinion.  Anyone who wants to dance the tightrope will be alone.  (Pascal, Pensees, 303)

Martin-Dauch stood up to those in power.  He went against public opinion.  He danced the tightrope… alone.