I took some pictures tonight of a prototype that I am sending to China tomorrow, just in case I never see it again… I have a bronze foundry in Xi’an that will produce them. Xi’an is an ancient city in inland China that used to lie at the end of the Silk Road so its kind of an interesting place to manufacture something like this. 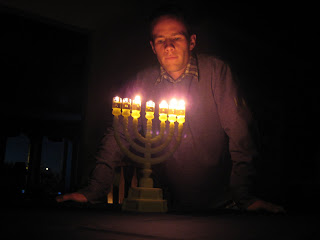 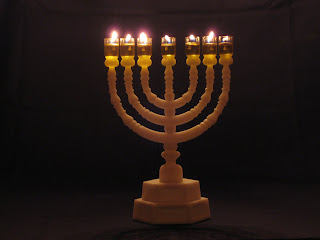 The menorah on the Arch of Titus used to be the ultimate symbol of defeat for the Jewish people. When Titus destroyed Jerusalem in 70 AD he carried off at least some of the temple furniture. Among the items we know he took was the menorah. To commemorate his victory, he had a relief carved on an archway in Rome depicting soldiers carrying off the temple treasures. 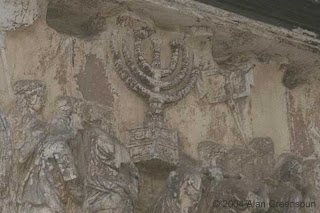 In 1948, when the Jews once again returned to their homeland they used the menorah from the Arch of Titus as their national emblem. They took what was once the symbol of a defeated and destroyed nation and made it the symbol of the newly founded state of Israel. This after 2000 years!

The menorah is an amazing reminder of Gods faithfulness to his promises. Even the skeptic Mark Twain recognized how unique the Jewish people were.

“The Egyptian, the Babylonian, and the Persian rose, filled the planet with sound and splendor, then faded to dream-stuff and passed away. The Greek and Roman followed, made a vast noise and they are gone. Other peoples have sprung up, and held their torch high for a time, but it burned out and they sit in twilight now or have vanished. The Jew saw them all, beat them all, and is now what he always was, exhibiting no decadence, no infirmities of age, no weakening of his parts, no slowing of his energies, no dulling of his alert and aggressive mind. All things are mortal, but the Jew. All other forces pass, but he remains. What is the secret of his immortality?”

Blaise Pascal was asked by the king of France for proof of the supernatural. Pascal answered: “Why, the Jews, your Majesty — the Jews.”

If God has kept his promises to the Jews, its encouraging to know that he will do the same in our own lives.